With this Television Wall Mount Service my customer wanted her daughters LCD TV wall mounted in her bedroom.   By wall mounting the Soniq LCD TV  it could now not be bumped or knocked over and thus creating more space.   The 32in LCD TV was mounted onto a swivel bracket so that she could now watch tv from any place in the room.  We had to put the cables through the wall for the Foxtel IQ and a HDMI cable for her Mac computer. 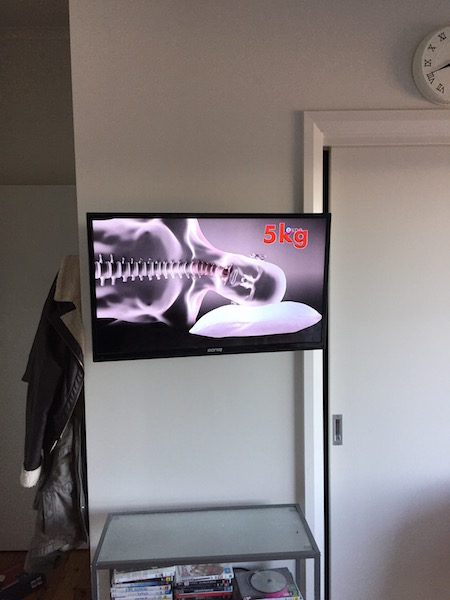 If you need help wall mounting, setting up, tuning, installing your:

We had to wall mount a new Samsung LCD TV onto a flat wall mounting bracket.   We also had to connect up a blu-ray player via a HDMI cable.   The TV was also connected to the wifi modem so that the customer can now connect to the internet.   By connecting to the internet the customer can now enjoy the catch up shows, ABC iview, SBS on demand, PLUS7 and also YouTube and Netflix. 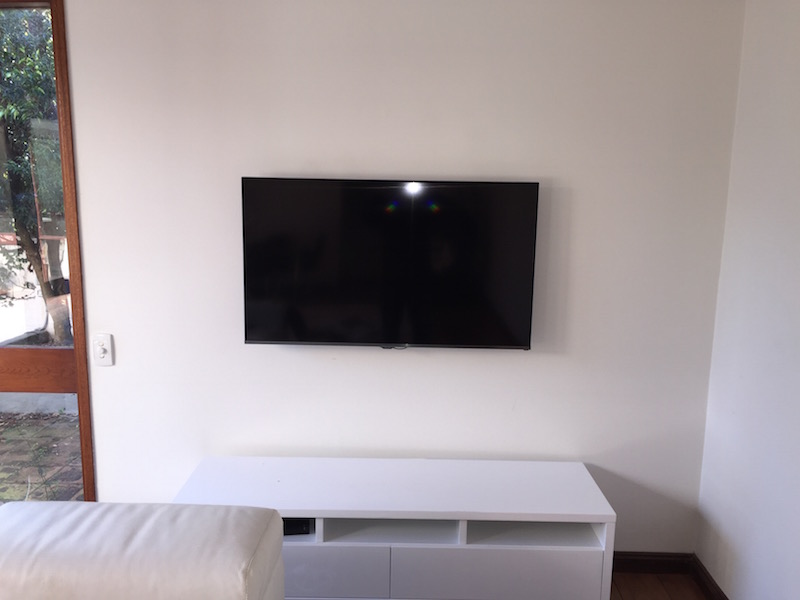 Peter from That TV Guy can help you with:

Call Peter today on 0401 202 087.   Your local TV guy who has been servicing the Northern Beaches Sydney and North Shore Sydney for the past 14 years. 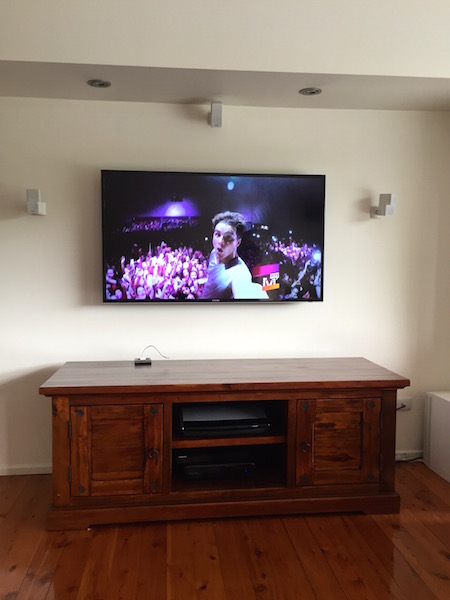 The previous owner left a Bose system which we connected a samsung LCD TV, Foxtel IQ3 and a Samsung Blu-ray player.   The new owners are now able to play their favourite music to the outside speakers on the deck. 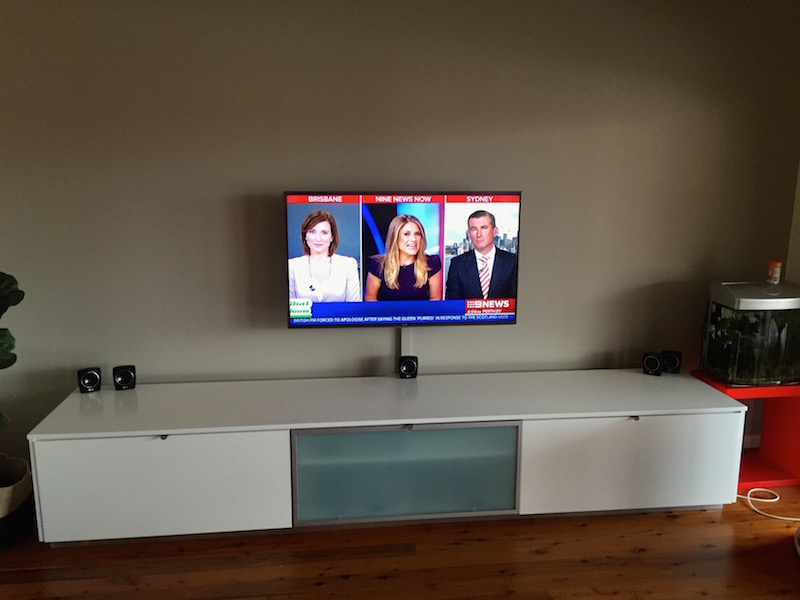 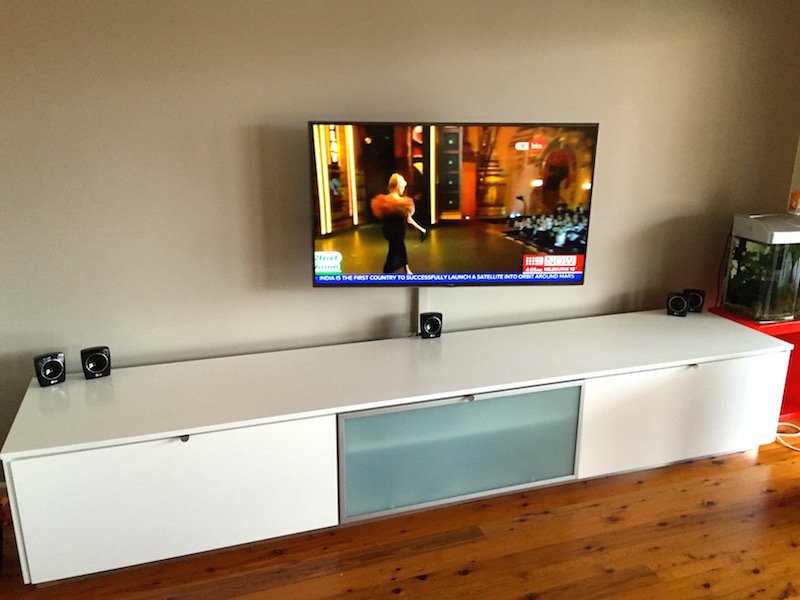