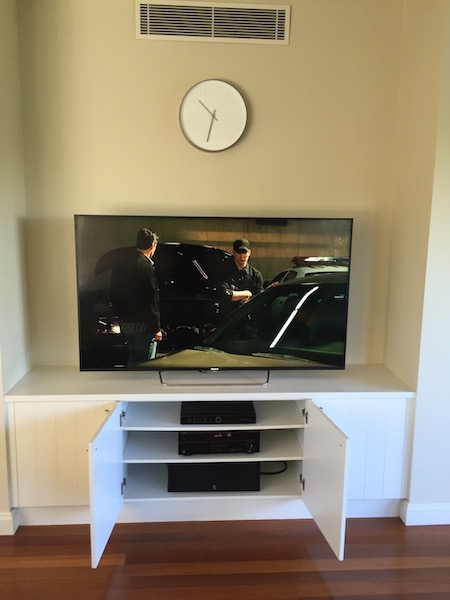 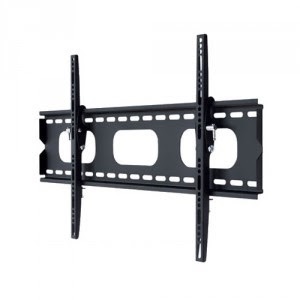 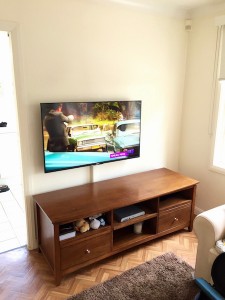 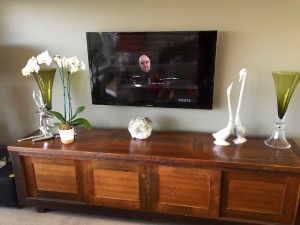 With this TV Wall Mount Turramurra my customer had just renovated the kitchen, dining room and joining sitting room. When the rooms were being renovated the electrician put in a aerial point and power point where the tv was to be mounted. The problem we came across was that the spacing of the power point an aerial socket were in the way of the arms of the wall bracket. We accommodated this by lowering the desired height of the tv by 50mm.

The customer purchased a new 55in Samsung UltraHD TV. We connected the tv to aerial and tuned in all the local free to air channels and the internet so that they could use the FreeView Plus service available on the tv. 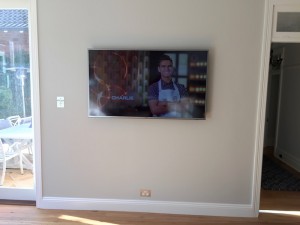